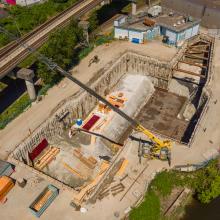 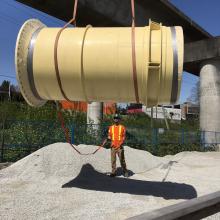 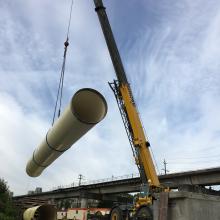 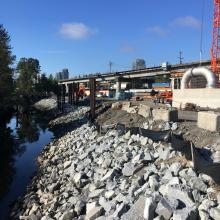 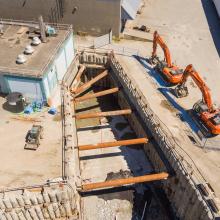 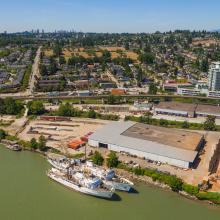 The 38-year-old Sapperton Pump Station in New Westminster will be replaced with a new liquid waste pump station on the 1.9-acre site adjacent to Metro Vancouver’s Sapperton Landing property. The new facility is expected to be finished in 2018.

Replacement of the existing pump station is required because of continued growth in the service area, which includes Burnaby, New Westminster, Coquitlam, Port Coquitlam and Port Moody. The facility is Metro Vancouver’s largest sewage pump station and a critical component of the liquid waste system, handling about a third of the incoming flow at the Annacis Island Wastewater Treatment Plant.

The new pump station will be a three-level structure housing pumps, motors, piping, wet wells, and electrical/control equipment. It will be located on a site that runs along the Brunette Fraser Greenway, and as with many facilities being developed on old industrial sites (it was formerly home to the Brunette Sawmill), the area around the new pump station will be developed as parkland and will include ecological restoration.

To support park use, the new building will provide space for Metro Vancouver Regional Park staff facilities, public washrooms, wayfinding signage, bike parking, drinking fountains, and garbage and recycling bins. A paved multi-use greenway trail for walking and cycling will connect to the existing Brunette Fraser Regional Greenway, and an access road and parking will be added.

Sorry, no results based on your current search.